Menu
Log in
Register
You are using an out of date browser. It may not display this or other websites correctly.
You should upgrade or use an alternative browser.

Pacing Yourself into a Frugal Lifestyle 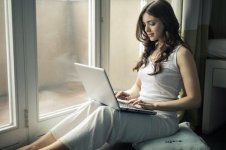 The textbook difference between a definition and an explanation is that an explanation is an example of a definition. That being said, defining frugal living requires us to understand the real example. It is not an alien concept once we see how it tightly connects to the basics of living. Most people may associate a frugal lifestyle with a bare-bones living room with sparse furnishings that are roughly 50 years old. While that is one example of frugality, it is by no means the most current.

These days, frugal living can be best summed up as someone who does not spend money frequently, but when they do, they buy as close to the best that their budget will allow. Higher-end shoppers frequent the stores about once a month rather than twice a week like those who visit lower-end stores. Shoppers who often frequent bargain bins think they practice frugal living because what they buy does not cost a lot. But for as many times as they go, those little bits add up to more cash spent than if they just went to high-end sellers less often.

I met a lady years ago who lived a frugal lifestyle. She did not have much, but everything she did have looked very nice. She only spent money on essentials and only bought items that directly reflected her lifestyle. She gathered and organized coupons like a lady on a mission, got useful amenities as payments for doing surveys (such as toiletry samples), and only had one cat (which is typically cheap to maintain). She was not one to show off. Instead of bric-a-brac, she bought tactful-looking picture frames of various sizes and put her family pictures inside of them. She would put them on small shelves that she put together and varnished herself. The color tone of the varnish would match the style direction of the room where she put the shelves. The purchase would have been a kit of sorts which is always less expensive than a pre-made shelf, so she could afford to buy the nicest kit there was. Quality wood and such.

Her lifestyle was pretty much the same way. Instead of having many friends and a large social circle, she had a few close ones in a tight group. Instead of going out every weekend for adventure after adventure, she would go out once a month. Frugality is not just about money. Spending your money wisely will lead you to live your life wisely. You are living, just not extravagantly, loudly, or with everyone on Facebook and Tiktok knowing about it.

If this way of life seems foreign to you, it doesn't have to be. Most of the frugal people I have met have been a little older, and it is a lifestyle they grew into more than they were born into. Of course, many people fit into the latter category and, of those, they do not see their lifestyle as frugal. It is simply what it is. But the ones who grow into it seem to do so out of a matter of course. They realize at some point that wanton spending and living is not going to take them very far. It is not a sustainable business model as much as it is not an enviable lifestyle. In other words, frugal people tend to see their lives as a more practical, business-like endeavor than an impulsive, personal adventure.

This change will typically happen as people settle into their 30s, a time to slow down a little and take better stock of their lives. You know what you did in your 20s, dear Reader, so you know you can't do that for another twenty. At least not on a budget. So just as transitioning from a non-frugal lifestyle to a frugal one takes time, so does understanding just what it means. You don't have to change yourself as much as you need to change how you do yourself. Temper your spending habits to simply not buying as much as you used to, but don't overly change what you buy. Just buy less of the same or higher quality. You want your lifestyle and the stuff you have in it to reflect who you are. Do you want people to see a lot of questionable quality? Or a small amount of high quality?

At some point in our lives, we will see the redundancy of sloppy spending habits and the sloppy lifestyle born from that. We tend to turn to parents or peers that are frugal and look for tips when that happens. There is no shame in that. You cannot expect to live one way of life for a decade or so, and then seamlessly transition into a whole new lifestyle without asking questions or reach success in one night. This is what our lady in question, who did retail marketing, did, and it ended up paying off for her. I also knew a man who was a writer who made the same transition. Neither were well versed in money and time management, but they both saw the need to tighten things up. So it does not matter what you do for a living or where you are on the socioeconomic pie-chart. Frugal living needs to be done at some point if you want others to see you as living a dignified life regardless of how much money you make. Or don't make, for that matter.

Frugal living is a lifestyle choice, to be sure, but it's a choice we all need to make at some point and to some degree. We all cannot do this in the same way, nor should we. How "beige" would it be for everyone to live the same lifestyle? Frugality is not a broad brush stroke that makes us all the same. We are what we are, quirks and all, so we bring that into the new lifestyle of spending our money and time wisely. Instead of racing yourself, think of the process as understanding how you tick to set the right pace for your life.
Click to expand...

This thread has been viewed 292 times.